Not for Profit Painting

ALL of the proceeds from sales of my paintings goes to existing organizations devoted similar goals. Some of the organizations we support are listed below.

Gary and I have been so fortunate to have been around so many wonderful and talented athletes.  Our players at Air Academy High School,  Fort Lewis College, Northwestern University and the University of Colorado have given us so much pride and love and have afforded us the opportunity to have a voice in our community and a chance to give back.

All of the proceeds from my paintings go to existing organizations who are devoted to similar goals.

Sometimes we all feel overwhelmed by all of the needs of people in this world.  We don’t have any idea of how one person can help.  I decided to do what I love to possibly help others.

The Mary & Gary Barnett Foundation is a 501(c)(3) non-profit organization dedicated to the support of educational programs for economically disadvantaged and at-risk youth.

The Foundation provides assistance for after-school initiatives, drug education and intervention, leadership development, suicide prevention, and mentoring programs. In honor of former University of Colorado football player Gabe Oderberg, an annual grant will be awarded for a suicide prevention program.

Founded in 2004 by Gary and Mary Barnett, the Gary Barnett Foundation coordinates and acts with existing organizations devoted towards similar goals.

Respond During A Crisis

In 2005, with its first grant, the Gary Barnett Foundation helped to found the Suicide Prevention Coalition of Boulder, in memory of Gabe Oderberg.  The Foundation has continued awarding annual grants to the HOPE Coalition (as it’s been renamed), which has made tremendous strides. Please visit their website to see how far they have come.

SUICIDE PREVENTION FROM THE HOPE COALITION

The Boulder County Suicide Prevention Coalition, now called HOPE Coalition of Boulder County, was formed in 2005 with a $5,000 grant from the Gary Barnett Foundation in the name of former CU Buff football player, Gabe Oderberg who took his own life in September, 2004, at the age of 23. Concerned citizens from Boulder Valley School District, University of Colorado, Parent Engagement Network, Boulder County agencies, Colie’s Closet, and parents formed the Coalition almost overnight. The Coalition’s first Gatekeeper event in 2005 was attended by over 200. The second event in 2006 was attended by 160 in spite of blizzard conditions. In 2007, the Coalition continued to define itself and evolve while providing on-site events in Boulder high schools.

The HOPE Coalition continues to be funded by annual grants from the Gary Barnett Foundation and support from the Suicide Prevention Program at the University of Colorado, Boulder. 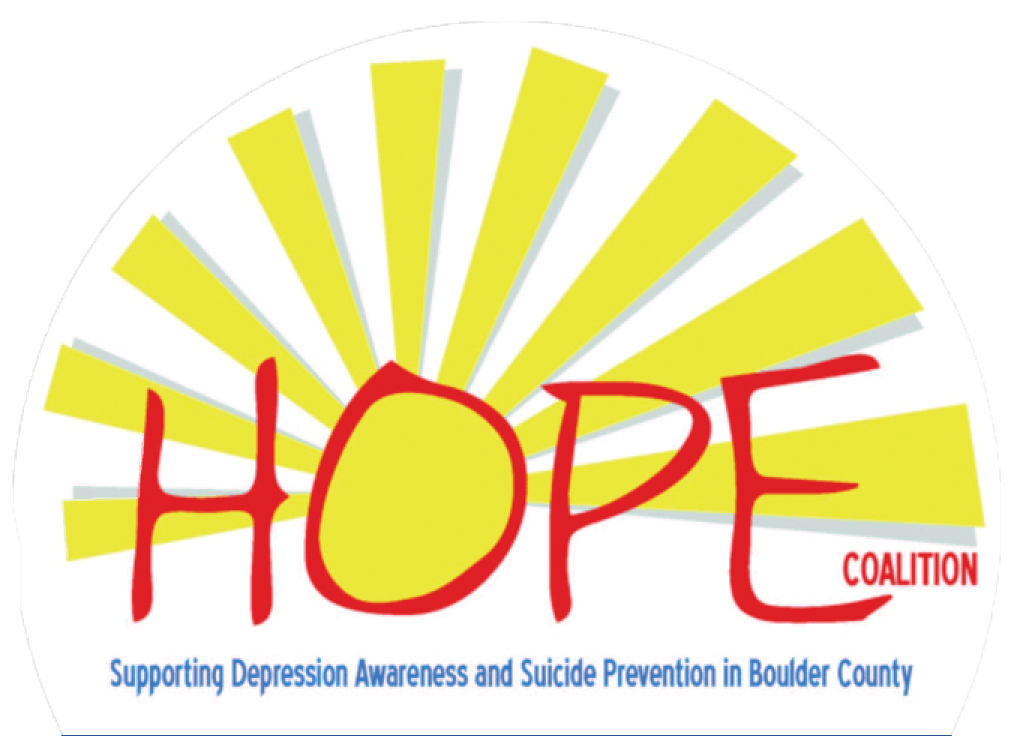 The HOPE Coalition operates under the auspices of Colie’s Closet.  Colie’s Closet is a 501(c) nonprofit organization established in memory of Nicole Michalski, who took her own life New Years Eve, 2003 at the age of 23. Colie’s Closet provides financial assistance to depressed and suicidal individuals for professional treatment.

Donations to the HOPE Coalition should be made out to:
Colie’s Closet  (with HOPE Coalition referenced on the check)
P.O. Box 18776
Boulder, CO 80301

One in four youth will have more than passing thoughts of suicide in any given year, and suicide is the second leading cause of death for teens.  In order to prevent suicide, Second Wind Fund of Metro Denver provides free professional therapy services to uninsured or underinsured youth at-risk for suicide.  This is in alignment with the Colorado Trust’s 2009 report which indicates that it is necessary to expand and equalize access to mental health care in order to advance Colorado’s suicide prevention efforts.  However, many Americans eligible for treatment have limited or no insurance coverage for mental health services.

According to a survey of individuals who say they are suicidal, cost of treatment was a concern for a high proportion of respondents. Among people who have considered suicide, 62% stated that expense was a factor in their not seeking help.

On average, it takes less than five therapy sessions to move most youth away from considering suicide as a viable option.  Second Wind Fund provides at least eight sessions to each youth referred to the program, ensuring that all youth, regardless of financial constraints, are provided the opportunity to receive life-saving therapy.

In addition to the non-profit organizations on this page, the Gary Barnett Foundation also supports other charities.
Please CONTACT us for more information.